The NFL announced the deal with Apple’s streaming service on Friday and a multi-year contract has been signed between the two parties. The amount of the contract has not yet been revealed.

Apple Music hits hard by obtaining this sponsor: the half-time that takes place during the final of the American football championship is a real spectacle. This show of about fifteen minutes, sees the main musical groups of the country take turns, and it is one of the most watched shows each year in the United States. The next Super Bowl will be in Glendale, Arizona, the NFL has said. The professional league has not yet announced who will perform during the next halftime concert.

In the same category 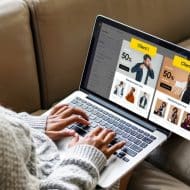 This agreement marks a turning point for the Super Bowl show. Since 2012 and following a sponsorship, Pepsi held the agreement with the NFL which allowed it to display its logo on the various supports of the event. Previously, it was the Japanese tire manufacturer, Bridgestone Corp, which controlled halftime in the final of the American football championship.

In recent years, Apple has tried to develop its services in different sectors: the music, information, television etc In June, it’s sports which has been highlighted. The Apple brand says it has signed a 10-year deal with Major League Soccer. It’s a contract worth at least $2.5 billion and which allows it to broadcast all league matches on its streaming service (Apple TV).

In a bid to deliver more sports content, Amazon Prime Video has signed an 11-year deal with the NFL. It has become the exclusive platform for broadcasting regular season games during Thursday Night Football. Last week, the American giant’s streaming service indicated that its first match was followed by 15.3 million viewers. Amazon pays the NFL 1.2 billion dollars a year for the rights to long-awaited Thursday night games.